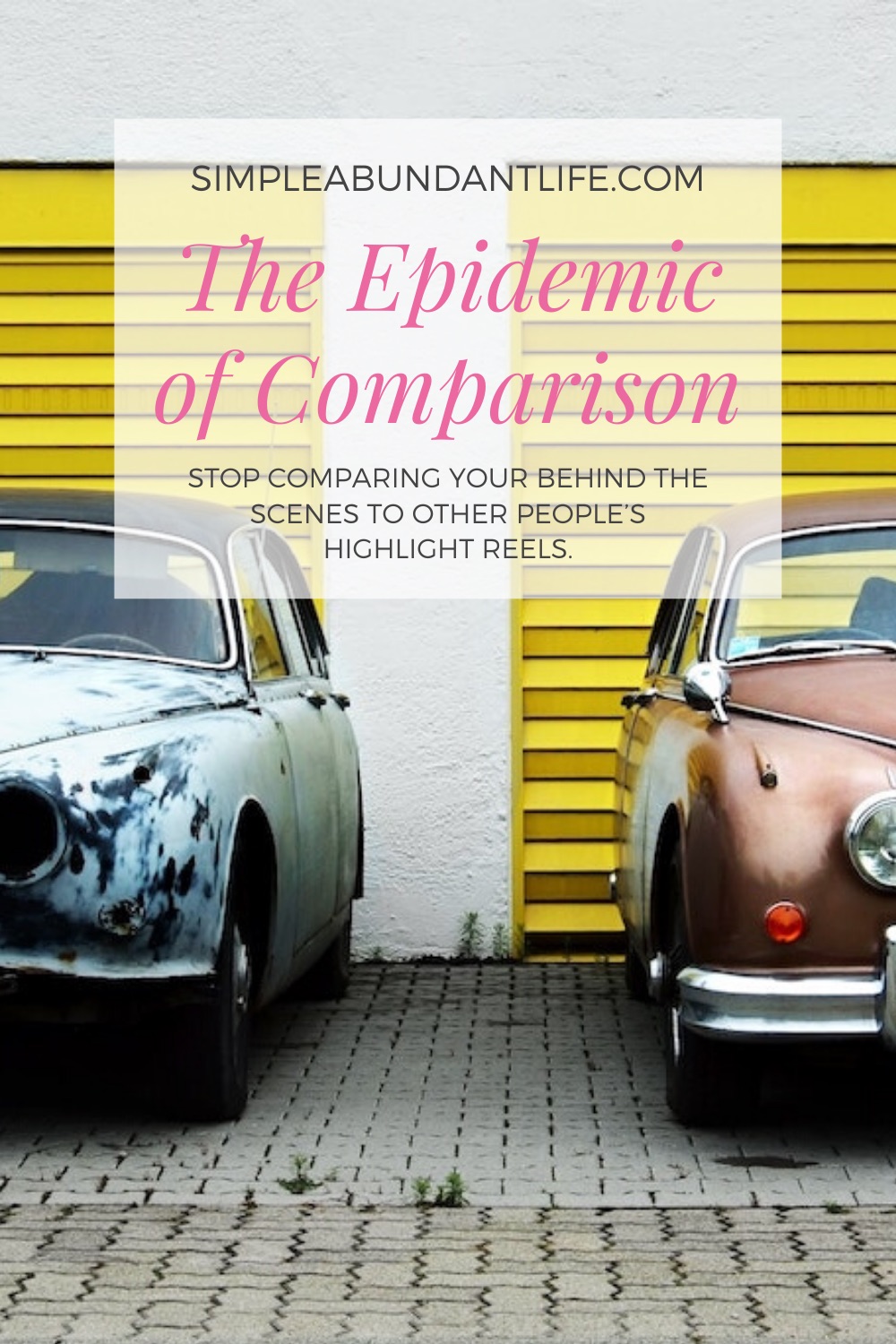 I’ve literally been staring at the screen wishing that I was one of those fancy creative writers whose random verbal utterings sound like the perfectly poised prose of a modern William Shakespeare—sitting on a hillside by a rustic castle in Edinburgh, sipping tea and enjoying the sunrise on a quiet and crisp Thursday morning.  But that’s not me.  I’m a stay-at-home mom with two little boys with a messy house that seems like no matter what systems I create or dozens of piles of laundry that I fold still stays a hot mess.  I scroll through my instagram feed while looking at my pile of dishes and see perfectly decorated homes where a mom of 6 has perfectly planned meals and perfectly perfect children and no one is poking at their brothers’ eyeballs.  I stare at my kitchen covered in this morning’s ketchup explosion, look back at my phone, and sigh “Why is life so much easier for her?”

But that’s where the problem begins.  That one picture is all that I see and what I perceive as her “reality” probably doesn’t reflect the amount of struggle, disappointments, hours of effort, emotional breakdowns and lost tempers she may have had to work through.  Steven Furtick had it just right when he said “The reason we struggle with insecurity is because we compare our behind-the-scenes with everyone else’s highlight reel.”

I’ve totally been that person in the past.  The perfect student. With the perfect grades. The perfect clothes. And a little known secret—a struggle with depression that started in High School and has continued to this day.

Starting in high school, I got a little too good at putting on appearances to try and mask my own struggles. I was top 10 in my class, taking all AP classes, with an acceptance letter to one of the most selective colleges in the nation. My closest friend Stephanie started getting colder and colder to me and ultimately stopped talking to me all together. I was confused. Had I said something to offend her? Had I done something that made her mad? Once I mustered up the courage to ask her what was going on, she told me, “You’re too perfect. It makes me feel inferior. I can’t stand being around you anymore. We can’t be friends.”  I was frozen in shock. I guess I hadn’t told her that my home life was, to put it briefly, severely difficult. 15 years later, I still remember that moment with unfortunate crystal clarity.

My dad was diagnosed with Parkinson’s disease when I was 9 years old. I quickly became one of his main caregivers and was often the subject of emotionally abusive outbursts due to increasing dementia. My mother had to work multiple jobs to make ends meet and had her own struggles with depression as well. Without sharing too many other sensitive details of my childhood, I’ll just say that after my experiences, I have been diagnosed with PTSD by multiple psychology practitioners.

I had few close friends I could talk to and share my struggles. I had put up such a wall that I never let anyone see through. Little did they know that behind that pretty smiling face, an internal emotional struggle raged larger than the orc battles of the Lord of the Rings.

To Stephanie: If you ever read this, I just want to say that I am sorry. I am sorry that I shut you out from seeing my true self. I am sorry that my actions made you feel the way you did. I can’t change the past, but I can make choices to shape the future. True friends not only support each other, but allow others to buoy them up as well. I am sorry that I was not there for you in a way that you felt you could talk to me about your own struggles.

Let’s try not to be the person on either one of these sides 1) the side that feels so put down by what seems to be some sort of impossible perfection in other people or 2) the person who puts up such an impermeable front of perfection to suppress and hide their struggles. Neither is a fun side to be on.

I’ve struggled to open up to many people. Maybe it’s that I don’t want to burden them. Maybe it’s that I’m afraid of rejection. Either way, here I am—writing blog post number one. I’m ready to start this journey of healing. I hope you’ll join me. Let’s get started and design a future filled with friends, family, laughter, gratitude, and joy. 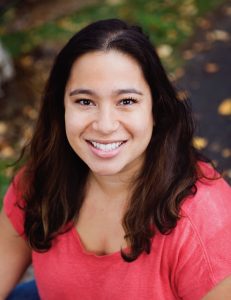